The double life of PMDD: Living with the devastation of premenstrual dysphoric disorder 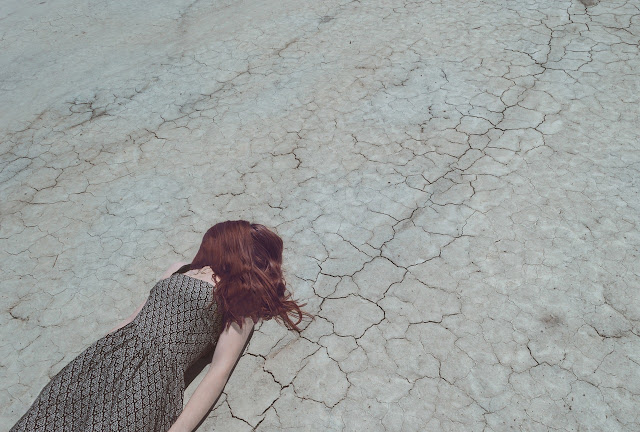 It’s an obvious point but still worth noting. The fact that you’re reading this means that someone wrote it. In this case that someone happens to be me, for whom in recent years writing has become a real achievement. This is because for 15 days a month I become so incapacitated I can barely put one foot in front of the other, never mind type anything.

Fortunately, my last period ended 2 days ago so I have 13 days — 13 sacred days — in which to live a normal life. I’m able to stand up and get dressed, catch up on work and admin, cook my own food, see people. Write this.

I can do all these things because my mind feels clear and balanced, and my body has energy. These two weeks, when the air is sweeter and my senses are sharper, are a sanctuary of crystal waterfalls and tropical plants. They’re bliss. 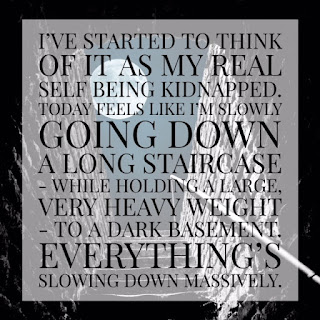 I know they’re bliss because I have something to compare them with: their dark, devastating, terrifying twin. 15 days after the end of my period (yes, it really is that regular; I can set my watch by it) a switch is flicked and, slamming into a wall of exhaustion, I become so tired I sleep round the clock. Along with this I experience flu-like aching and a feeling of being very uncomfortable and ill at ease in my swollen body, as if it’s wrapped in tight elastic bands. Lice and beetles crawl under my skin, as my limbs and features twist into a Picasso-esque nightmare.

These symptoms are debilitating; the slightest daily tasks become epic, overwhelming and unmanageable. That bone-heavy exhaustion, the feeling of an anvil squashing down on me like a character in a cartoon, means I can’t even answer the door to the postman. My life becomes horizontal. In addition, an extreme mood swing takes me far away to a very dark place, the rapidity of the shift as frightening as the mood itself. There’s usually a day — a whole day — when my mood is so dark I become demon-ridden, the bad spirits swarming around me like giant flies. I feel mean and vicious, venomous and spiteful — sometimes suicidal — and to attempt to counteract it all is a fight that I have no energy for. Food cravings mean I’ll eat nothing but cheese, toast and chocolate for days, as well as drink more, which my dark self — that id part coming up for air with a vengeance — will see as an act of defiance and rebellion.

Things are at their worst just before my period. Announcing itself with a migraine, occasionally nausea, a feeling of the world falling away from beneath me and glitter traces behind every slow motion movement, my heavy period always comes as a relief. Steadily decreasing, the blood lasts for 6 days, during which I remain low in energy and mood, as well as 'woolly' in my mind. I emerge from my period feeling bruised and battered and, during the 2 weeks that follow, slowly picking up the pieces of my life, playing catch-up while living with the dread of knowing it’s all going to happen again — two weeks 'on' and two weeks 'off' — like clockwork. The anticipation of being plunged into darkness, like a stone sinking to the bottom of a pond, brings fear and unease, a feeling of being prey. Like a character from an RL Stevenson novella, my real self is kidnapped. Yet this is no gothic fantasy. I’m stalked by this reality, effectively losing half my life to this monster.

It’s only recently that I’ve been able to articulate this to myself and others with any clarity. That’s because for most of my menstruating life I bought into the belief that I was somehow to blame for all this. The repetition and rhythm of my monthly cycle, with its inbuilt dread, meant I came to anticipate the horror and the prophecy was fulfilled — and of my own making. The failure was in my thinking, a tension between the massive fear and expectation of the intense event, and trying my best to deny its existence. “Make more of an effort,” I’d tell myself, and for decades I thought the best way to do this was to try and pretend that none of it was happening, because I was terrified of being thought of as weak, lazy and undisciplined. Other women seemed to manage so why shouldn’t I?

And when I was younger I did manage (I look back and marvel at those daily commutes, dragging myself across the London underground). But during the last few years, since my late 30s into my mid forties, things have become too bad to ignore. The knocking has become louder and louder, a sledgehammer pounding me into the ground, insisting I listen. My life has imploded and I’ve had to put everything on hold while I find a solution.

But to what, exactly? Googling my symptoms, I discovered something new to me: PMDD (premenstrual dysphoric disorder), a condition with a list of symptoms that matched my own so closely it was uncanny. “PMS on steroids,” said my husband. “That’s you.”

I decided to see a specialist. Not keen on the term PMDD, he diagnosed me with the less catchy ‘severe premenstrual disorder’. Not wanting to quibble, I didn’t tell him I prefer ‘PMDD’: not only is it more specific (‘dysphoria’ conveys the complexity of the condition and its deep unease), it has also helped me connect with information I otherwise wouldn’t have seen. Nevertheless, to have a medical specialist validate my experience came as a relief and meant that finally I had something to which I could try and find a response.

The response turned out to be something unexpected. Knowing that I no longer wanted to take the contraceptive  pill, I found myself being prescribed treatment that surprised me. Apart from postnatal depression, I’d never associated depression with hormones. I’d never associated myself with depression, either (my references for bipolar disorder were mainly cultural — van Gogh and Stephen Fry). Yet here I was being given an antidepressant for PMDD. For the first time in my life I came to the realisation — revelation — that I’ve actually had hormone-related depression for many years without recognising it.

PMDD, it is important to stress, is not just another term for bipolar disorder because the causes are different (the latter is a psychiatric disorder, while PMDD is tied to the hormonal cycle and the brain's reponse to normal hormone fluctuations). Symptoms must be tracked in order that appropriate treatment may be given. However, as the Gia Allemande Foundation outlines, PMDD is strikingly similar to bipolar disorder in experience, with women who have PMDD experiencing a bipolar-like episode each month. Typically, this depressive event will last for days, until the commencement of a period.

Period. In America that word also means the punctuation mark — what we in the UK call the full stop. Yet my life no longer stops with the blood spots. The relief I feel when I get my period has made me come to view it as a friend, and is one of the reasons why I don’t want a hysterectomy/ oophorectomy (unless I can be convinced that it will solve more problems than it causes). According to my doctor, I’m not yet perimenopausal and, given my stubborn regularity, I think he’s right. While every woman has her own biological clock, it's been speculated that the earlier you start menstruating (I started at nine), the later you stop, due to the body's exposure to oestrogen. At 44 the likelihood is that I’m going to be menstruating for a few years yet.

My period has always ruled my life and I can’t imagine a time when my hormones will give me a rest. For now, all I can do is see where all this will lead. Who knows: just as over the last few years the PMDD has become worse, perhaps there will come a time when it may start to lessen. In the meantime, I’ll keep taking the pills, trying to eat well (ooh! More beetroot!) and maybe even find a supplement that actually helps (St John’s wort, evening primrose oil and agnus castus never even so much as made a dent). It's a time to follow my intuitions more than ever, be led by my pleasure, to bleed directly on the forest floor. Best of all I have the unwavering support of my husband and, on those days when my to-do list becomes a to-do word, nothing beats the magic of my cats — those little buddhas and natural healers — jumping up beside me.

I’ve been writing about my menstrual cycle for years, and now I’ve learnt a bit more about myself I can write a bit more. I’ll be having more periods but the sentences haven’t ended yet.
Labels: Luscious Wound Menstruation Periods PMDD